Supported by Colour Me Wednesday

Colour Me Wednesday look like a new, youthful all girl five piece band but have actually been around for twelve years. My apologies, they’ve aged very well or even not at all. They seem to come on stage reluctantly. Perhaps it’s not their sort of crowd, full of us oldies, but they soon get into. They very quickly look like they’re having a great time, promptly winning the crowd over with their enthusiasm and punchy indie punk songs. 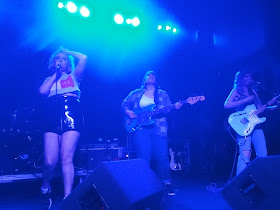 The band, from Uxbridge, are built around sisters Jen and Harriet Doveton. Jen’s vocals are impressively strong, they have great drummer and a bass player who sings every word despite not having a microphone. Afterwards all the old men, and women, of the audience form an impressive queue at their merchandising desk.

A visit to the UK from Juliana Hatfield isn’t a common event and a visit to Nottingham an even rarer one. Her last trip here was in 1993 when this very band played with the Teenage Fanclub. I didn’t catch that gig and consequently this is my first time seeing Juliana in my home city. 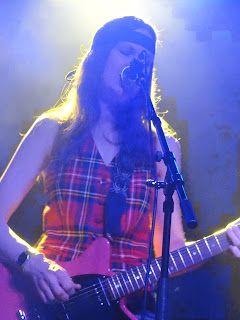 That gig in 1993 was billed as a ‘Juliana Hatfield Three’ gig as is tonight, reforming the line up that recorded the album ‘Become What You Are’, of which we hear plenty tonight, before going on hiatus for 20 years. This means we have Todd Phillips on drums and Dean Fisher (Tanya Donelly’s other half) on bass. The ‘Three’ did get back together briefly in 2014 for the album 'Whatever, My Love’, none of which makes the setlist tonight. 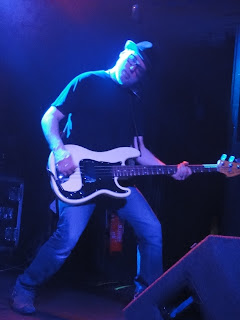 However the next thing to say about the ‘Juliana Hatfield Three’ is that there’s four of them with the addition of Joe Keefe playing a second guitar. Keefe worked with Hatfield on her ‘Made in China’ album in 2005, so it’s not surprising to see three tracks pulled from that particular record tonight.

They open with ‘Everybody Loves Me But You’, a solo classic of Hatfield’s from back in 1992 before ‘Feelin' Massachussets’ is the first from ‘Become What You Are’ tonight. To be followed in due course by ‘My Sister’, ‘Spin The Bottle’, ‘President Garfield’ and ‘I Got No Idols’.

Hatfield has a new solo album out at the moment but this is largely ignored tonight, aside from one track ‘Lost Ship’, while her Trump inspired (if inspired is the right word) previous album ‘Pussycat’ from 2017 provides five tracks.

Perhaps they didn’t get time to rehearse her new record but then again 'Pussycat' is excellent throughout and I'd have given anything to hear her play the wonderful ‘Rhinoceros’ from that album. 'Guess who’s getting f***ed by the rhinoceros America?' and of course the man himself is over here in just over a week. 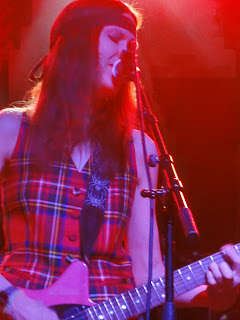 With seventeen albums bearing her name there’s a lot to pull a setlist from, and that’s before you start considering the Blake Babies and other projects she’s been involved in, but I think she's makes a pretty fair selection.


There's even a cover of Olivia Newton-John's ‘Physical’ taken from a tribute album where Hatfield covered thirteen of Newton-John's songs with the proceeds going to her cancer charity.

Her stage manner, as ever, comes across as quite shy and unconfident meaning she doesn’t chat an awful lot but the performance is top notch. Let’s not leave it another 20 years before the next one.